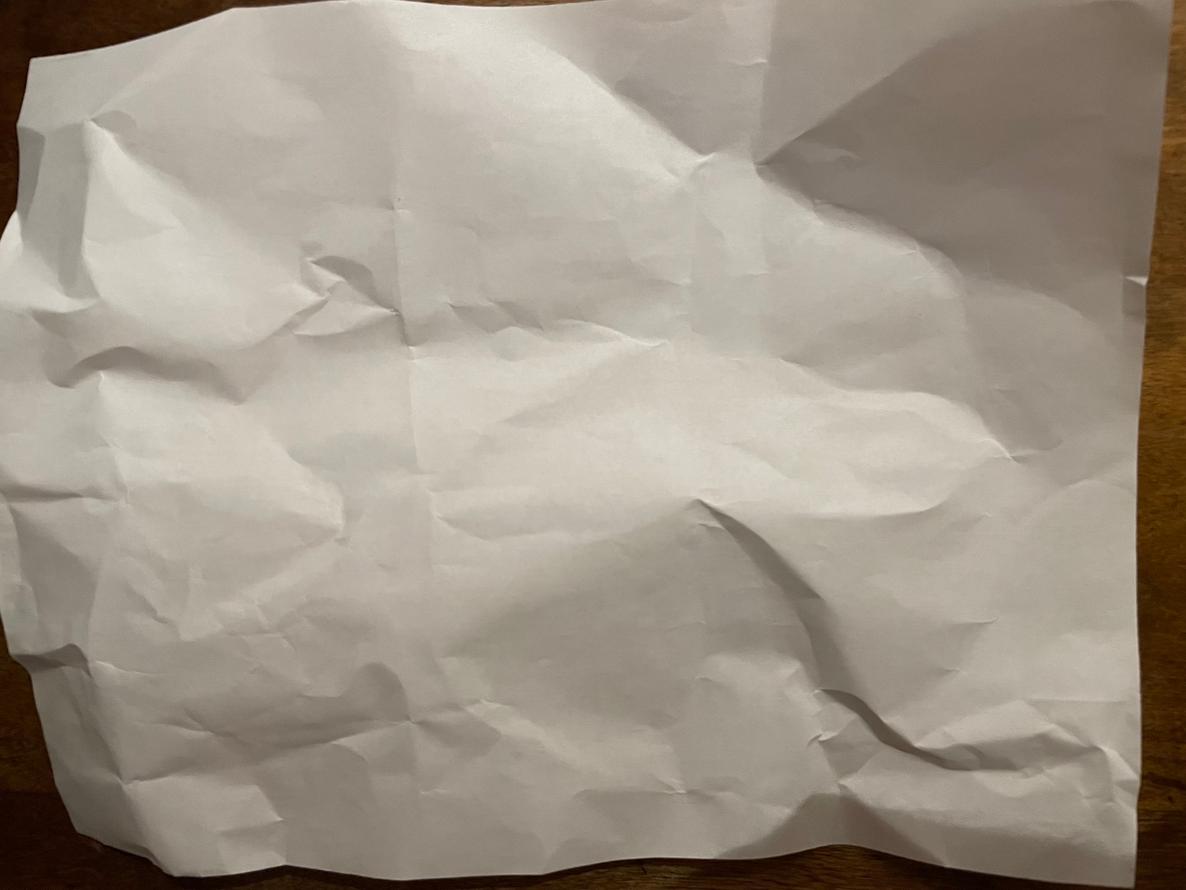 It happened one spring morning when the sky was a cloudless blue and the forsythias, daffodils, and hyacinths were in full bloom. The new green leaves restored the winter-brown, dry branches of trees on which sparrows perched, chatting.  I heard a drilling sound and looked up and saw a woodpecker busily looking for insects on a tree on someone’s front lawn. I stopped to rest for a few minutes on my morning walk several feet from where it stood. This was when he first appeared, sitting on a branch alongside the woodpecker.

This is his story. He was made of blood and dust. Rock hard eyes.

“I’m Jacey from the  Caughnawaga Reservation near Montreal. I came to help build the

Verrazano Bridge in the late fall of 1963. I’m the man of the rainbow bridge who walked the sky.  The man who linked metal from earth to the heavens, from Brooklyn to Staten Island with buckets of bolts on my shoulder fighting windy, cold, icy, heights. I’m the man who dangled tons of steel between waters and sky. With gloved hands I banged my shoulders, my legs, my hands against frameworks hanging from cranes till I couldn’t feel. It was work. Proud work.”

“Lisen to my story.”
The woodpecker kept drilling,  declaring his territory.

“Go to the park by the bridge. Sit on a bench and look up at the sky, not down at the water. I’ll meet you there.”


I headed for the park on Shore Road, leaving the woodpecker to continue his work. I sat on a bench as close to the bridge as I could. I looked up to an infinite sky, a cloudless heaven wide open, spreading light. I heard the drilling sound of the woodpecker. I looked up and there was Jacey sitting on a ribbon of cloud.

His words sat frozen on his tongue, heavy with the weight of time and struggle. I bit my lip. Would I really hear what he had to say?

“I’ll send down the words from the sky. Listen. Just listen.”

The words began to fall from the sky on a cascade of water hitting the ground and forming a growing pool around my feet. So many of them, Iroquois, Mohawk, Seneca, Oneida, ohne-ka, kenra-ken, kanya’kwari, Roia-nerthey, kept coming, and I had to put them together and make sense of them. After all, I’d promised him I would.


“I was 39 when I got to Brooklyn. The NA Construction Company came up to Montreal. Took a bunch of us to build the bridge. They came for us because the bosses thought that we weren’t  afraid of heights, had reputations of men of steel. This wasn’t true. We did not have a feather for every wind. I was afraid of heights, Adriel, Calian, Alo were afraid too, but we did exactly what we were taught as boys by our fathers just as they were taught by their fathers. We placed one foot in front of the other, looked straight ahead, and never looked down—all this without the benefit of harness or net.

He paused, took a depth breath, and continued.

“Adriel, Calian, Alo and me. We all left on the same day. Some of  us were already there. Others would come later. The company set us up in rooms in downtown Brooklyn. Fourth Avenue and State Street, North Gowanus neighborhood. Mine was a single gray concrete room that hurt my heart when I came home from the job. Many from the Mohawk lived here in the 1920s. They came for work and helped build the city. Not much that is Mohawk is left there now. Even the Wigwam Bar is gone. The Wigwam is where we would go most nights and talk over mugs of beers about work.”

No words fell in the next few minutes.

“We started work on November 8, 1963, Adriel, Calian, Alo and me, and well, we kept pretty much to ourselves. The crew was friendly enough. Frank Doyle was one of the site bosses. Hard-nosed but fair. We reported to him directly. Treated us like all the rest when it came to work. That’s all we asked. What else he thought, I didn’t know. That stuff was in his head, not mine. We worked in teams. We all had each other’s backs, watched out for each other. The money was good. Worth the race, lightning-fast, breakneck speed Friday-Sunday rides.”


“The story begins here. That Friday afternoon, Adriel, Calian, Alo, and me made the twelve-hour drive back home—like we did every Friday. We missed our wives, our kids, our friends. The rains fell heavy that Saturday and Sunday, beating rhythms on the earth. So Dyani, our children, and me stayed indoors. Dyani sculpted a new piece for the village shop. The kids played, running up and down and all around, banging into tables and chairs and each other. I had them sit still on the sofa to cool down when Ida—that’s my oldest—says, “Niha, tell me a story. Tell ‘The Flying Head.’”


Long along there live a monster called Kanontastontie. He was a head four times larger than a whole human. Black fur covered his face. His wings were attached to his head. His mouth was full of sharp fangs. His red blood flaming eyes glowed with greed. And he could swallow a human whole. He was always hungry and no matter how much he ate it wasn’t enough.


“I told them. Told them of the monster with skin so tough that all the warriors’ arrows could not kill him. Told him of the fishing net the villagers wove to catch him, and how he flew into it and tore it to pieces, snarling and roaring over the lake to mock them. They listened hard to every detail of the battle, drawing it into them just as rainwater is drawn into the earth.”


“With the sounds of bird songs we left for Brooklyn on Sunday afternoon and reported for work Monday morning. Something was different that day. As I gathered my tools and readied myself for the 150-foot climb up the tower, I felt feelings that were strange and so far away. Something like the rumbling of the earth and winds whistling in my ears: this was Canarsie land. My senses brought villages of long ago with wooded and flowered trails. Hunters looking for prey and canoes sitting in these waters waiting for the men to come and fish. I wondered where they went. The vision came and went in a flash. And here I was, tiptoeing  across a metal span high above the water with red hot bolts and drills, balancing body and tools like a juggler on a highwire with no safety net, building a gateway to the city like my father and grandfather before me.”

“After work a bunch of us went to the Wigwam , and after too many beers I began to feel all the weight of that steel. With each sound of the drill, each banging of a hammer, each man who dangled and swayed, each spark flying past a head, I thought, what was the cost of this artful and precisely crafted bridge? What was lost? What was gained? I thought of the earth below, scared by piles driven into it. The life below driven away. I thought of the families with injured hearts that came with this bridge—connection in disconnection—my children sitting at the kitchen table, elbows on the table, heads resting in their hands. Niha, tell us a story….”


“We finished out the work week.  Adriel, Calian, Alo and me headed straight for our car for the ride home. Alo could easily handle a car at high speeds so he was always our driver. We would take the wheel for a bit when he got tired. Calian rode in front with him that night. I was in the back seat and fell into a sound sleep about two hours into the ride. I don’t know how it happened or exactly when it happened. I was being thrown from side to side my head finally slamming into the window, shattering the glass. I’m not sure when the car came to a halt. I don’t know how long we lay there or when the ambulance came.”

“Calian died from a broken neck. Alo suffered severe chest and knee injuries, and me, my brain was damaged so that I would never walk again. I died twelve years after the accident. The daring men of steel would not return to work on Monday morning. Part of the cost, and there were always others to take our place.”

“Frank and some of the men came to Calian’s funeral. All that remains is the steel, the bolts and the cables elegantly gliding from land over sea and back to land. Our souls—all our souls—remain in the bridge and in the earth below it.”


The pool of water at my feet evaporated. I smelled the scent of cedar. I knew he had left me. I sat staring at the rainbow bridge, at its striking expanse, its kingly columns, and I was suddenly aware of what is and isn’t.

The woodpecker lifted into air and dropped a red feather at my feet where the pool of water had been. I picked it up and held it my hands. I loved its soft texture as much as I loved its red color. I imagined the beat of many hearts in my hand. So much gained, but oh, so much lost.