It figures, too. Table 52 are trust fund straighties in their mid thirties out on "date night" while little Graham stays home with a babysitter. You recall the manager mentioning that the woman was “gluten-free” and that they had requested a “quiet table out of the way." Laughable. This upscale bistro on a Saturday night is anything but quiet. They most likely just moved to the neighborhood, and they are the reason for the gleaming high rises popping up like dandelions. Wouldn’t know a good bottle if it rolled out of the walk-in, up the stairs, and sang “La Vie en Rose” to them as they graze on overpriced kale. If it had been a French Fuck at least we're talking a price point of eighty bucks or higher.  You grab the nearest one and are pulling it slowly out of the rack for closer inspection when...
Whoosh. A stream of warm air rushes in from behind, and:
"You lost?"
His hand plants itself firmly on your left butt cheek.
You spin around, and as you do, the bottle crashes to the floor. You can just make out the remnants of the label. It’s white, but all in German. No, it can’t be! It can’t be, but it is. It’s the Steinberger Riesling. You JUST went over this wine at pre-shift. You discussed its crisp acidity, you swirled the mineral forward, dry, “notes-of-green-apple-and-fresh-lawn” 1971 vintage around in your mouth. My how well it pairs with the lobster risotto special! You registered the fact that there is only ONE left in the house, (so if one of you enterprising souls manages to sell it, please alert Mark the GM) and its ONE HUNDRED AND FIFTY FIVE DOLLAR PRICE TAG!
You both stare in disbelief at the shards of glass and river of liquid gold now rushing around your feet. Eyes meet. In one split second, it’s panic, then laughter, then tongue! Hands, hair, and more tongue. Logical You knows you should probably grab the mop and clean up this mess and get back up to the floor, somehow admit to this travesty. But he's kissing you now! Now, you're stuck. 'Cause when he kisses you like this it's a dozen briny oysters sliding down your throat, washed down with your second dirty martini, somewhere between happy and messy while that Scissor Sisters tune blares out of the car stereo on a 90 degree day heading eastbound to Montauk. Table 52 can wait.

You let him leave first. He scans the room quickly, looks over his shoulder, and nods back to tell you the coast is clear. He flies all the way out and back up the stairs.You scurry out of the walk-in, looking frantically for the broom. As your eyes adjust to the high wattage fluorescents of the basement prep kitchen, and your skin and lungs are hit with hot-box humidity, you notice Miguel strolling by, Sunday-in-Prospect-Park-Style, humming a faint melody to himself. He has both broom and dustbin in hand. Without thinking, you snatch them, muttering, “Can I borrow this real quick?” and bolt back into the walk-in. He looks bewildered, but follows you, grabs them back, and says, “I sweep, you go!” motioning to the stairs. Thank God for Miguel.
Sometimes you drift off and remember certain milestones in your life, where things really came together or really fell apart, and you can remember these things in relation to which restaurant you
worked at.
Joel, your first Chef. (Well, technically line cook. Brown-almost-black eyes, that shiny gold cross resting on caramel skin, and the way those eyes looked you up and down, sizing you up like a side of beef…)

A pregnancy that shouldn’t’ve shocked you but did.

An abortion that should’ve bothered you but didn’t.

Your best friend drowning off the coast of California (daily salty tears in the walk-in).

Getting married -and the manager giving you a thick wad of cash as a bonus to take overseas for the wedding.

Wacky, older, plastic-surgery enhanced Australian hostess who claimed to have sung on a “Dolby” (she meant “Moby”) track lending you white flowered sandals as your “something borrowed."

9/11 - your manager insisting we all find a “new normalcy” (while droves of sooty rescue workers who had trudged all the way up the west side chowed on free burgers and beer with vacant expressions).

The makeshift lanterns made from paper bags and candles lining 79th Street in memoriam.

Walking along that quiet, still, street late at night, past the church, and to the Dublin House pub crying arm-in-arm with people that were merely co-workers up until that moment.

Those years you were consistently inconsistent. You were making the same mistakes over and over and calling them aberrations.

Hearing your own song on the radio with the whole staff tuned in!

Performing to a packed house and your mom throwing flowers.

Your mother’s sudden, inconceivable, inexplicable sickness (a note tucked into your
waiter book reading: “You did a great job tonight. I am praying for you and mom”).

The arrival of Dr. Whitepill.

Death of another friend, one of the best. A Chef.

In some ways you always felt that these restaurants, these people were both backdrop and supporting cast in the movie starring YOU.


"Stephanie, I’ll take one too, extra spicy!”
“How many is that? Four? Does Ivan want one?”
“Dude, when DOESN’T  Ivan want one?”
“So, four.”
“Plus Joe from Luger’s and What’s-His-Name, the Irish guy, the guy from P.J.Clarke’s.”
“No, the Irish guy said he was still wrecked from last night, I asked”
“Okay. Well, these are for Meghan, you, Angelique, and Ivan. Joe and his hungover friend can come ask me themselves.”
“Thanks.”
“Do NOT ask me for at least half an hour, those corporate monkeys are walking around in suits today making me nervous. And they stay in those styrofoam cups, DO YOU HEAR?"
(all voices in unison) “Yessss!”
U.S. Tennis Open, Flushing Meadows, Queens, year five. It’s a two week event that feels like two months. It’s the same veteran staff every year, with a few new surprises each summer. Every year they over staff with about twenty one waiters, gambling on the fact that half will either get fired or quit by week two. Week two is the important week. It’s when the women’s and men’s finals are played, and the place is crawling with celebrities, politicians, and high profile New Yorkers from every sector. You and your fellow soldiers always joke that it’s like boot camp for the restaurant industry. Within the first three days the staff starts to weed itself out rather efficiently. The hours are ten am to well after one am, every day, for fourteen days. Add in a long meandering commute on the seven train and sweltering temperatures and you have yourself a marathon of an event that you almost always treat like a sprint. This summer you told yourself you’d wait ‘til week two to start the morning drinking. Apparently your comrades lied to themselves as well. It’s 10:30 am day three. The Junior Tennis kids are playing their exhibition matches on the common courts, and maybe a few grunting Russians will be in Arthur Ashe tonight. Nothing major. It’s 10:30 am day three, and Stephanie has already lined up the Bloody Marys.
You are being wheeled in via stretcher. Or are you walking in? You’re asked to fill out a form and wait. But you don’t know what to write, how to check off boxes.  Are you married? Single? Does the cat count as a significant other? They ask if you want food and you say yes, yes please. A tuna sandwich. You try chatting up the guard but he has a fixed expression on his face. He’s Mount Rushmore. You cannot charm this guy. He’s seen it all. If you stripped naked and recited the Declaration of Independence he’d probably still stare through the glass.You tell him if he just CALLS your friend all of this could be sorted out. But instead they want you in paper clothing and non-slip socks.
The room is in full swing. You glance over at 52 just to psych yourself up. She’s in a brown fedora and a red flowy shirt with skinny jeans and boots. She reeks of smugness and patchouli. Hubby has facial hair rivaling the Brawny paper towel man and is sporting a slim fitting tweed sweater over plaid. They’re almost too easy. But still. Should you? Can you? You take a gulp, a deep breath, then say,
“I’m so sorry. It appears we’ve sold the last Coppola sparkling rosé. May I offer you a different bottle? Perhaps the Steinberger Riesling? I know it’s not a rosé, but it pairs nicely with her tilefish, and also your lobster.” You glide over to the waiter station, pick up a wine list, and bring it back. Then you casually point it out on the menu.
Hubby looks flummoxed, but keeps his composure.
“It’s considerably more than we were thinking of spending.” You dismissively wave the air in front of him, picturing their million dollar condo where Sonny’s Auto Shop used to be.
“I know. But it’s such a special wine. And if you’ve never had this riesling, you’re in for quite a treat.”
Fedora Franny perks up, and gives him the doe-eyes.
“Honey, let’s be bad”, she whines.
You run down to the walk-in. You grab a nondescript forty dollar bottle that won’t be missed, its label written entirely in German. Back up the stairs, quick presentation:  “et Voila!” You punch it in on the computer, and hear the ticket spit up at the service bar.  You hear the bartender,
“Ooh. The Steinberger. Nice! I’ll let Mark know that at least one of you crazy fools was paying attention.”

Krista Crommett hails from the great state of Maine, where proximity to the forest and sea fostered her fertile imagination. She currently lives in Brooklyn, and has written a collection of short stories based on her life “doing time” in the NYC restaurant business. 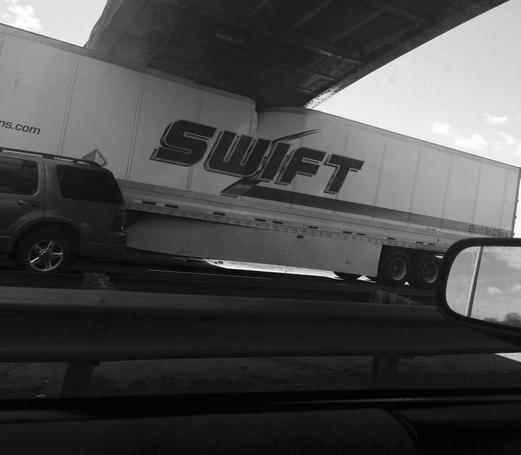 You swear you just saw it here! It's a rosé, it shouldn't be too hard to spot.  But with only the tops of the white, black, or navy labels showing, and all stacked up like little grape soldiers, you lost it again. It's fucking cold in here. The map on the wall has probably been there since the place opened, and nothing's really ever in the right order. This cold, cramped room could be featured on  “Hoarders: Wino Edition." You glance up at it again anyway, because if you're gonna NOT find something, you wanna at least be able to say you tried the map. C'mon Sofia Coppola, where the hell are ya? It wasn't good enough you wrote and directed a screenplay? Now you have to go and jam up what was already promising to be a nightmare of a service? All French Fucks. Louis Latour, Pouilly- Fuisse Montrachet, FUCK YOU! Where's the Italian- American princess? You think she had a white label. To add insult to injury, she's worth about twenty-eight dollars.