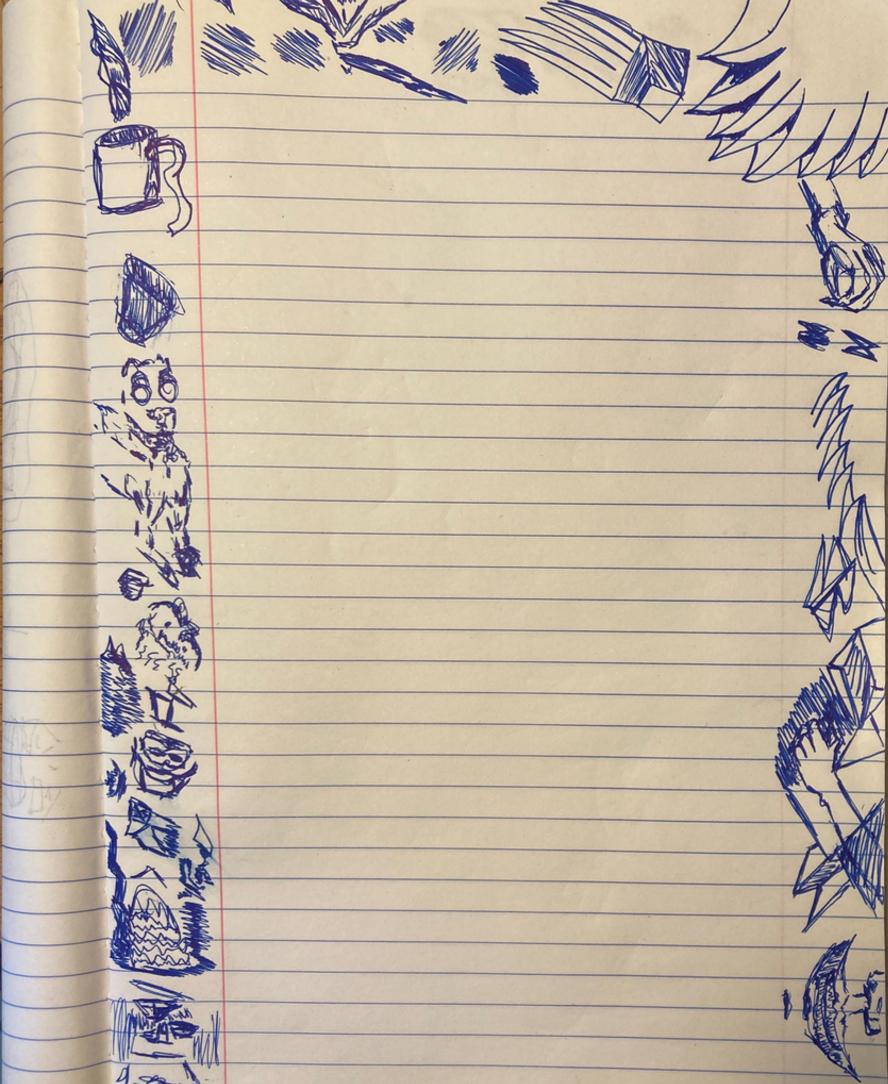 It wasn’t Bordeaux, but the somber Chapel in Baton Rouge would suffice. After all, it had given and taken so much. They’d married here, Jacqueline and Jack, seven light years ago. They’d met in the Peace Corps in France.

It floats up there, the vessel, in a linen sea of memorial candles, the tiny oval coffin. Its architecture borders the threshold of perfection, the brilliant Jacqueline mused. Aristotle had defined it, "That which is complete, flawless, attained purpose.”

In her blueprint of thoughts, she conceptualized the chapels architecture as purposeful, a structural contained entity, filled to the rafters with beginnings and ends.

Jackie, one of Louisiana’s premier architects surely knew. With all of her being, she believed everything created existed but for the space within.

A hat box is called a boîte à chapeau in France, a name from a bygone era. The chiffonier is used for storing headwear, nowadays mostly affective mementos. Jackie used hers to treasure away all the beloved feelings she cherished.

She keeps them on the top shelf in what was their walk-in closet. Up there, the elevated collectables are safe against rumple, crumple or dusting. The smart velvety blue one with the embossed metal band was gifted to her in South of France by Jack.

Jackie and Jack’s marriage had ended a few years prior. Signing the papers recently was a formality. All the finality in the chapel seemed apropos.

Jack had hurled hurtful words in his departing “We knew she was going months ago. But what did the oncologist know, right?”

Jackie’s tongue bathed in the acrid waters of sarcasm, and the balm of forgiveness, “But, there was always hope,” she’d said.

“I can’t live with your long face in the mirror, “he’d said. “It looks like a Venetian Plague Mask.”

Most imagine a hat box to be deep and round in silhouette, used to store hats of course, and consequential collectibles. Jackie had tucked several away over the years. Gifts she’d received, others she’d created, each one fat with memories.

Oddly, Jackie kept no hats. It’s not that she disliked them. She preferred to think of them as papery vases, filled to the brim with emotional bouquets.

Hat boxes in France are built with a multitude of materials: heavy cardboard, various grades of leather, glue and stitches. Often they are ornately trimmed in thin metal decorations called bandings. The fanciful trims are formed and fashioned using the French art of repoussé.

Jackie had observed the artisans as they performed repoussé or what is called chasing, while working in France. Folklore has it that each container is built for a specific person.

Chasing occurs when malleable alloys are shaped into designs by tapping. Small mallets and anvils are often used, tiny hammers too. It’s the artist, not necessarily the technique that produces the consummate keepsakes. The artist’s goal is simply to adorn capacity.

Custom has it the artist chases the thin metal from the imperfect side of the wide band, by gently hammering and rapping the semi-precious alloy into life. Hours and days can be lost while creating the marvelous intricacies. The fever is rarely relieved until the low-relief is revealed on the opposite, good side of the brim. The embossed filigrees often resemble what is known as Art Nuevo. Master artisans are exquisite sculptor’s, gifted at chasing the inner spirits out into the open. Inside the hat box is where light is kept

What Jackie envisioned as permanent in her first boîte à chapeau, would in fact be chased away into oblivion. Strangely, this seemed a natural thing, with the passing of time and all.

Hat boxes are often adorned with decorative straps or carrying handles for transit and storing. Swing bars allow for easy lifting. The more luxurious models are padded and lined in silk and other heavenly essentials.

A hat box can store a jumble of things: A wadded fist made from a printed cheating husband’s iPhone text. Lovely ribbons laced in braids the color of cornflowers, black leather gloves, as good as new.

Memories, both good and bad shape us. Make us fragile and uniquely human. We keep all of them in manageable spaces. Most are the result of decisions absent choices, joy, sorrow, and the beginnings of here to there.