"On the Road," by Maryann Feola

Maryann Feola is a professor and writer who has published in a variety of genres. Her Geography of Shame: A Fictionalized Memoir was named a Best Book of 2015 by Kirkus Reviews. Born and raised in Brooklyn's South Slope, she now resides in Battery Park City. 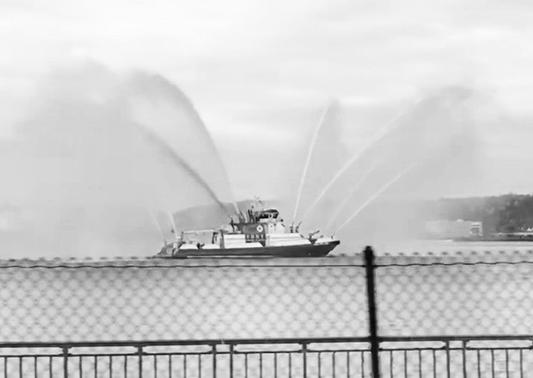 During the 1960s, parents in our Italian American Brooklyn neighborhood were intent on raising obedient daughters who’d become obedient wives. For them talk of an emerging women’s movement created fear, not love. Not many thought that a reactive approach to teenage rebellion, does little other than create more rebellion. “Nice girls,” I was told, didn’t dream about an “unsettled” lifestyle. It was important to keep the peace and not violate the age old patriarchal boundary set for women.

At the time, it was not unusual for parents to talk at their kids, not to them.  My response to my family’s critique of my behavior was critiquing theirs. I’d outgrown standing stunned by their directive that “children should be seen and not heard.” “Shit, I am 15, not a child. This is total crap!”

Leaving Brooklyn became my goal. On Friday nights I’d leave the local confraternity dance and ride the subway into Greenwich Village. Along MacDougal Street, women sat writing at small tables outside Caffe Dante. Walking by, I’d imagine myself living in a nearby apartment, preferably one of those top floor artsy looking ones.  Yes, one day, I assured myself, I’ll be a local.

That summer leaving home, even temporarily, was my God-given opportunity to forge my future identity. But at 15, not knowing much about women writers, I thought the road trip would be something like the one Kerouac created for his Dean Moriarty. It didn’t matter that my aunt and uncle, not Sal Paradise, were in the front seat, or that we were traveling north to south, not east to west. I was on the road.

With a warm breeze flowing through an open car window, I’d suck in the newness and possibility I had been craving. Here was the break I sought from parental anxiety and a chance to have adventures. Polka dot notebook and Kodak camera on my lap, I left Brooklyn equipped with the tools for memorializing my journey.  But, as it turned out, I encountered adventure not on the road, but after we arrived at the Lake Worth home of my uncle’s mother-in-law, our host, the unconventional Thelma Johnson.

The way she spoke reminded me of bold characters I’d read about or had watched at the movies. Like them, Thelma seemed to come from another world, one that was unreal and adventurous. Probably from years of smoking, her voice became a blend of cheeky gruffness and southern gentility. She called me “Darlin’.”  And like Odysseus, I heard the siren call. “She’s different but cool,” I thought, feeling a queer bond between me and another strega, the witch my mother accused me of becoming.

A captive audience for her stories, I learned Thelma, my Uncle Vito’s mother-in-law, was born eighth in a brood of ten to Georgia sharecroppers. Leaving an abusive home at fourteen, “I took charge of my life,” she explained, “without getting a formal education or fancy job.” She became an errand girl for a traveling carnival, working hard and learning all aspects of the business. Before she was twenty one, she traded a pay raise for the chance to become a partner. Her success was achieved and her story told before anyone spoke of “breaking through the glass ceiling.”

Her stories valorized independence. Yet they were also a lesson in appreciating point of view. Growing up, I’d heard about the bossy manner and “hard ways” of Aunt Lettie’s mother. Family gossip characterized her as more brazen than other unconventional women. Her central flaw centered on her changing husbands “about as often as decent people change light bulbs.” She had divorced four husbands before she took up with Papa Jake Johnson. Years of absorbing family mythology taught me that “took up with” meant they weren’t married.

Now here I was actually inside the home of a woman who had chosen what and whom she would or would not have. Without knowing it, her stories buoyed up my budding determination to have a seat outside Caffe Dante. But the life of an independent woman—then and now—often comes with tough choices. In 1930, her second husband disappeared. Thelma was forced to place seven year old Lettie, her only child, with a foster family.

“Bein’ on the carni’ circuit, I’d visit when I could.” She recalled the Great Depression’s hardships. “Worse than fallin’ behind with her board, was the Easter when Lettie’s basket arrived late.” The version I’d heard, based on partial information and a parochial view of right and wrong, had her making promises she didn’t keep. Little was said about extraordinary circumstances and the non-existence of a support system.

Coming from a world where the man of the house was lord and master, I was struck by how she’d tease Papa Jake. “You’re movin’ like a turtle. The Lord was lucky he didn’t put the building of the great ark in the hands of someone like you, Jake L. Johnson.” Yet they lived as a happy twosome, old mates talking about their days on the road as they whiled away the hours on the lanai he had slowly but skillfully built.

Even though I was under the watchful eye of my uncle, the fact was that under Thelma’s roof no one was boss. Born one quarter researcher-writer and three quarters snoop, I studied her individuality. The experience was not so much captivating as it was peaceful, liberating. After dinner, I’d sit with Thelma and Papa Jake while Aunt Lettie washed the dishes and Uncle Vito walked their schnauzer, Double Down. Their jokes were over my head, yet I was amused by the gentle bantering. No one owned the last word. If I had been better read, I might have cried out, “Oh, brave new world.”

“Sit by me Darlin’.” I’ve been meaning to tell you a few things before y’all head back up north, things you should think about during these teen years with your hormones bein’ on fire.” “For one,” she said, snuffing out her cigarillo, “Stay away from these things and booze ‘cause they’ll do you in. Watch out for anyone who promises to take care of you. Bein’taken care of is for cats and dogs. Make your own way. Hum…yeah, one more thing: be careful of that extra rib stuff they teach in those church schools y’all go to.” The best I could do was place this experience in cold storage. Intuiting that Thelma’s advice would create insurmountable conflict back in Brooklyn, I anxiously grabbed the Devil Dog I had previously declined. Two bites and it was gone. [Food was and still is my tranquilizer of choice.]

In college, when second wave feminism began shaping my social awareness, I’d think back on my road trip to Thelma’s, referencing it at one consciousness raising group or other held at some Greenwich Village café. In later years, I recognized the importance of my first encounter with a self-reliant woman when I confronted the challenges of being a single mother. But, in the meantime, I returned to Brooklyn and continued rebelling in a reckless, smart-mouth way.

At fifteen, I grew eager to assert my independence. My “hip” Brooklyn idea of becoming my own person consisted of smoking cigarettes, skipping class, and spending afternoons writing in my journal under the Coney Island boardwalk. That summer my parents were relieved when my aunt and uncle invited me along on their Florida vacation. Everyone agreed “a change of scenery” might curb my rebelliousness. Perhaps I’d return home more open to the discussion of a commercial high school degree cum secretarial skills. All my talk about living “free”—what in later years I recognized as the sort of unfettered lifestyle pursued by women writers like Colette—worried them.