​Return to Table of Contents

I feel my furious frown
non-science brain believing/disbelieving
then I get it, but in poet-speak
because I have often been in two places at once

I sit in my car, drive to a destination
only to arrive and not recall the miles I covered
while knowing full well where I was during the journey

As when on my way to the grocery store
I walk the long hallway toward mother’s apartment
watch the seasons pass in the wreathes on her door
blue birds in nests, daisies, bumblebees, scarecrows, snowmen
I knock on her door hard, so she’ll hear, and she does

Sometimes when loading the dishwasher
I pray in her hospice room feel rosary beads slip
through my fingers, chant with my sisters
Hail Mary, Full of Grace the Lord is with thee
she rests padded with pillows, secure softly among them
a precious sculpture prepared for a long journey


I am and will always be
the particle identified as Daughter
she, the particle called Mother
the distance between us waves of  memory

entangled both here and there
then and now

Susan Martell Huebner lives and writes in Mukwonago (“Place of the Bear”) Wisconsin. Her literary fiction novel, She Thought the Door Was Locked, is published by Cawing Crow Press and is available on Amazon.  A poetry chapbook, Reality Changes with the Willy Nilly Wind, is available from Finishing Line Press. 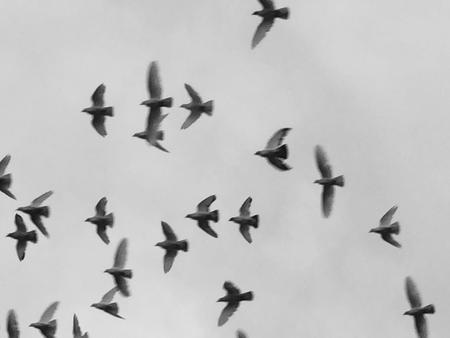