It had to be some lost Winter or very
early Spring night in Boston.
Wandering the Tea Party casually one
evening the cadence of Maureen's Drum
Walking me down there softly despite the
sound, some "Chemistry" it would seem
involved drawn down, as if I could see
it now and hear in my mind's eye and ear.

All of it here though well off forty years,
The Sound,
Bump, de Bump, de Bump, so clear to me
despite the kids pressing close up to the
stage, me just by the edge,
Foot, boot, jean, guitar,
Bang and Bang and Bang, Ch-Chang!

Hey Babe, Now Babe, All Babe!
Dark the black street all the way uptown.
All the way from downtown on that train.

But this was Boston.
All old, Brahman Boston,
Not far from the moon shining down
on the Common.

Did the old witches ever burn there Lou?
Did those old Protestants fry your Jewish Ass?

Bump, de Bump, de Bump!
I feel the sound still though you expired over
the weekend,
Now and always seeing the words and sound
projected in air as always Lou you
expected and intended.

The Big Empty
For Amy

I had forgotten those luminous eyes,
Hebrew Old Testament Lost Tribe
Eyes that had the voice to shout,
World to sing in.

Each second of her history lost and
Taken away,
Fallen away,
Dyspeptic, toxic, careening
Loss.

A later day for her saw her
Propped up,
A lovely hulk leaning against
The outer wall of a pub.

And those of us who know this world,
That broken capillary world of the Sunday
Morning mirror that can’t be looked in,
Had a start and a shudder at the sight of her,
Glad it wasn’t us.

Though the screen did light fire to glass,
And words of some great charm and
Poignancy were delivered,
And pure tones of real worthiness
Did get out somehow,
From the self-hate,
From the urge to end.

Though at an end there is always
The truth of it.
The immaculate minder coolly
Standing by her,
At a remove, with disdain.
All professional all of the time.
Left to a last device with a stranger. 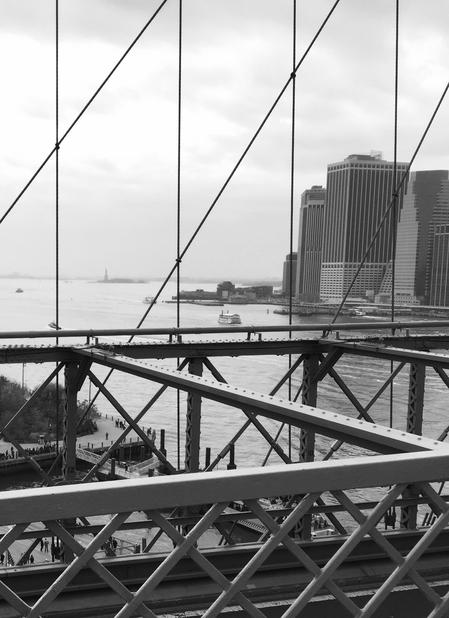 John Huey’s student work of the 60’s-70’s was influenced by teachers in Vermont such as John Irving at Windham College and William Meredith at Bread Loaf. After many years he returned to writing poetry in 2011. He has had poems presented in Poetry Quarterly and in the Temptation anthology published in London by Lost Tower Publications. Work has also appeared in Leannan Magazine, Sein und Werden, at In Between Hangovers, Bourgeon, and Memoir Mixtapes.  His full-length book, The Moscow Poetry File, was published by Finishing Line Press in November 2017.  www.john-huey.com