Since retiring from public health research two years ago, Jim Ross has published several poems, 30 pieces of nonfiction, and 100 photos in over 35 journals, including 1966, Gravel, Lunch Ticket, MAKE, Meat for Tea, and Pif, with lots more forthcoming. 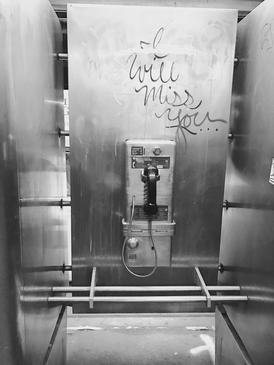 I went for my annual check-up with one of my doctors.   After the appointment was over, we weren’t quite ready to say goodbye, so we stood in the hallway kibitzing.

"You know, I'm six days older than you," the doctor observed.

"And we were both born in Brooklyn," I said.

“I forgot that," he said.  "What hospital were you born in again?"

We both stood there silently for about ten seconds.

"You know,” he began, “in those days, after a normal childbirth, they used to keep mothers and their infants in the hospital for two weeks."

"Even more likely, you and I did because they kept babies in the maternity ward in alpha order.   With both of our last names starting R-O-S, we probably lay next to each for a week.  You were directly to my right.  Of course, I was there first,” he said.

"What are the chances that you're actually me and I'm actually you?" I asked.

He thought for a moment and started nodding.   "Much better than either of us probably wants to think about.”

“Would you like to hand me your stethoscope?” I asked.

“We know one thing with certainty,” he said.  “I’m the one who went to med school, whoever I am."