“One day you’ll look to see I’ve gone /
for tomorrow may rain so I’ll follow the sun.”
-The Beatles, “I’ll Follow the Sun”

I’d forgotten that “Hey Jude” was over seven minutes long. Seven minutes, waiting with the casket that held my mother’s body in the aisle of St. Mary’s Church in Elmira, N.Y. The same church that she’d been married in, and attended both of her parents’ funerals in. Here we all were, together, “Hey Jude” wired through the funeral director’s iPod, blaring over the church’s loudspeaker, shaking the Stations of the Cross in their frames. Seven whole minutes, Paul McCartney building to a wonderful crescendo of shouts and screams. Seven whole beautiful, excruciating minutes, as my sister and brother and I stood side by side, hugging one another, listening to the song once again, for my mom.

When I was a teenager, my mother’s singing and dancing along to her records was an embarrassment to me. She often seized on my awkwardness by reaching her arms out and shouting, “Joanna, come dance with me!” Now I understand the music and dancing were cathartic to her—particularly when it came to the Beatles.

Like millions of baby boomers, my mother grew up loving the Beatles. When the Fab Four first came to America in 1964, my mother was 11 years old and living in Elmira with her parents. Since she was the youngest of five siblings, and her older brothers and sisters had already moved out of the house, my mother found companionship in listening to music.

She’d inherited her love of music from her father, who died in 1969 when my mother was only 16. My grandfather loved Big Band music best, and kept his records and record player in immaculate condition. When he listened, he sat with his eyes closed, totally absorbed in the music—though he didn’t care much for the Beatles.

My mom’s favorite Beatles albums were the early ones: Please Please Me, Meet the Beatles!, and the albums linked with their films A Hard Day’s Night and Help!. Though she owned Sgt. Pepper’s and The White Album, she didn’t connect with those as much as the earlier material. Maybe she didn’t connect as much with the later music because the earlier tunes reminded her of being young. Maybe they reminded her of living in a home when her father was not yet dying of leukemia. Maybe she just liked those songs because she liked them. Whatever the reason, she’d held on to all her LPs, her 45s, her Beatles scrapbook, her John Lennon doll, and a bunch of local newspaper clippings chronicling the heyday of Beatlemania.

Growing up, we were allowed to see and touch my mother’s John Lennon doll maybe once a year, if we were lucky. She kept the doll in a plastic bag for decades, I suspect it was to protect its mop-top hair (which feels remarkably like real hair). If my siblings and I asked to see her doll, which she made very clear to us was her doll and therefore not to be manhandled, she would allow it. She would also show us the scrapbook filled with Beatles pictures, bubblegum trading cards, and the hand-written descriptions and little drawings that she’d added in herself. She’d even gone so far as to have made a charm bracelet out of little plastic beads that spelled out “T-H-E B-E-A-T-L-E-S.”

After my mother died of colon cancer, at age 60, in December of 2012, I was lucky enough to inherit her Beatles memorabilia. I inherited much more than a dusty scrapbook, some worn out records, and a little doll, though: I inherited her love of the Beatles, the ability to listen closely to the subtleties of their music and discover the deeper meaning in the lyrics of their songs.

Though “Hey Jude” wasn’t one of my mother’s all-time favorite Beatles’s songs, she appreciated how Paul McCartney had written the song for John Lennon’s young son, Julian, to console him at the time of his parents’ divorce. Maybe that idea had seeped into my consciousness, and I played that song at my mother’s funeral because I felt like a little kid who needed consolation at that moment. Maybe I chose it because the song starts simply and quietly, and then builds and builds upon itself, and that structure mirrored the trajectory of my mother’s illness. Whatever the reason, whenever I hear the lyrics, I think of the physical and emotional pain my mother endured. I think of countless trips to the emergency room, sitting half-asleep beside her, with a pink plastic bedpan in my hands, wanting all the sounds of the electronic monitors, the sliding metal curtain rods, and the wailing of nearby patients to stop.

I tried so hard to drown out the noises of her illness, sometimes literally. I tried to “take a sad song and make it better,” by holding my iPhone up to my mother’s ear as she laid in the hospital bed, so she could hear some of her favorite Beatles’s songs playing through the tiny speaker. Once, when I did this, I remember looking down at the ugly gray socks the hospital had given her, and saw her gently tapping the beat of the song with her feet.

Now, when I go through the stacks of her 45s and put them on the turntable, I am no longer the teenager who cringed as she watched her mother dance in the living room. I’m the adult trying to keep whatever little part I have left of my mother safe. Through the pops and crackles of the vinyl, I hear the decades of her love for the Beatles. I see her healthy, dancing. I hear her voice, alive as ever, singing out loud, and this time, unashamed, I sing along with her.

*This essay originally appeared in The Brooklyn Rail, February 2014.

​Back to "Table of Contents" 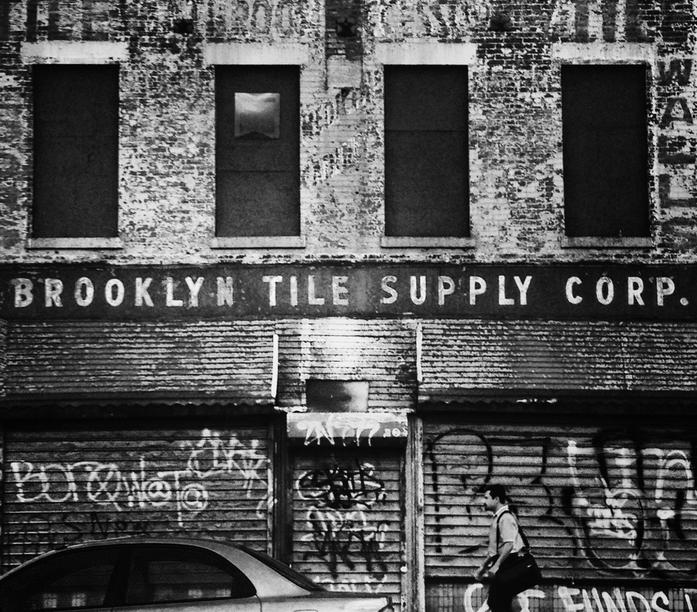