​​
Sophie told me she and Rich were talking about her academic career and he said, “have you ever considered covering up the scars on your arms when you meet with these people?”

​Sophie told me she and Rich were discussing medication and he said, “who’d want to be on Suboxone for the rest of their lives,” and she said, “oh, fuck you” and “get out of my house.”

Alex Lärm works in a variety of mediums. She lives in Brooklyn.
​

The last time I was at my grandmother’s house, the lawn was covered with leaves and my dad looked at it and said someone should rake these leaves before they start to rot and kill the grass underneath. I said “okay, let’s do it.” My dad said he didn’t think my grandmother had a rake, or garbage bags to put the leaves into, and I told him I was resourceful and would find something. I went into the garage and quickly scanned the stacks of tools and furniture and didn’t see a rake, but there were a few snow shov-els and a broom so I grabbed them and brought them out to the lawn.

I’d been using a snow shovel to move the leaves into piles for maybe fifteen minutes when my dad came out of the garage carrying a rake. He nodded at me and said “resourceful maybe, but not observant.”

(My dad wound up driving to the store to buy bags to put the leaves in.)

My first day in the psych ward, a woman with sunken-in cheeks and grown-out brown roots came over to me. She put her hand on my bandaged arm, furrowed her brow, and looked up at me with sad, shining eyes. She told me they were transferring her down to the fifth floor and that she would miss me so much. I told her that I’d miss her too. We lined up for meds and I asked a nurse if I could have a cigarette; she rolled her eyes and handed me a piece of nicotine gum. I put it in my mouth and chewed but it tasted like chemicals and burned my tongue and throat so I swallowed it and asked for another piece. She shook her head no and yelled NEXT.

I hardly ever say no to people. Most of the time it’s just easier to do what they want me to.

Recently, I was walking up the stairs at the train station and a hand appeared in front of my face. It was a man’s hand; he was waving it around, hoping somebody would grab it. His other hand gripped the rail-ing, but it wasn’t enough to steady him to make it up the stairs. I put my hand against his and let his fin-gers close around mine, and we took the rest of the steps together.

A few days later, I was talking to my grandmother on the phone while taking tiny steps around a tree pit in the sidewalk. The man came shuffling along with a walker and paused in front of me and barked EX-CUSE ME MISS WILL YOU TIE MY SHOELACE.
I looked at his shoes and the laces of
one shoe were dragging on the
ground. I tied them and he
muttered thank you
and shuffled
off.

At Phelps there was a young guy who had a kind face, a soft voice, and a comb stuck in his big crown of an afro. He was always staring at my feet and once after breakfast, he asked if he could kiss them. I said no, and he seemed disappointed. After a few minutes he asked if he could at least hold them and rub them. I said no again, and got up from my chair and walked over to the nurse’s station. Bestman was on duty and I told him what happened and he said he would handle it, but first he had to show me some-thing. He took my hand and pulled me into the kitchen and pushed me up against the countertop and the lip of it banged into my lower back, hard. He shoved his face into mine and I relaxed my mouth and let him kiss me, let him pull on my lips with his teeth, let him slide his hand down the front of my pants. I wore those pants every day, cheap black stretchy things I got at Dr. Jay’s on Fulton Street. I kept my hands behind me, gripping the countertop.

Later that day, I looked across the hall and saw Bestman steering the guy with the comb in his hair out of his room. He was holding a backpack, stuffed full. He looked over at me and his eyes were shining, and they kept shining as they walked to the exit. Bestman looked at me and winked.

My grandmother still lives in the house my father grew up in. When my dad was a kid, he would rake the leaves on this lawn into a pile in the middle of the street and burn them. Then New York State banned open burning, and they had to start bagging the leaves and putting them out on the curb for gar-bage collection. One day that he did this was a very windy day. The wind blew all the leaves off all the trees and all these leaves went into all the bags. On the curb, my dad piled bag of leaves next to bag of leaves, bag of leaves on top of bag of leaves. He made a pyramid of bags of leaves. Also on the curb was a fire hydrant. It sat next to the pyramid.

That night, the wind blew over the pyramid and the bags of leaves fell in messy piles across the curb. And when the firefighters arrived to put out the fire in the house across the street, they couldn’t find the hydrant. 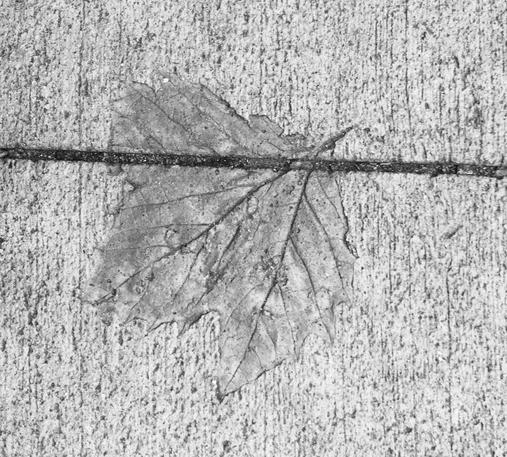