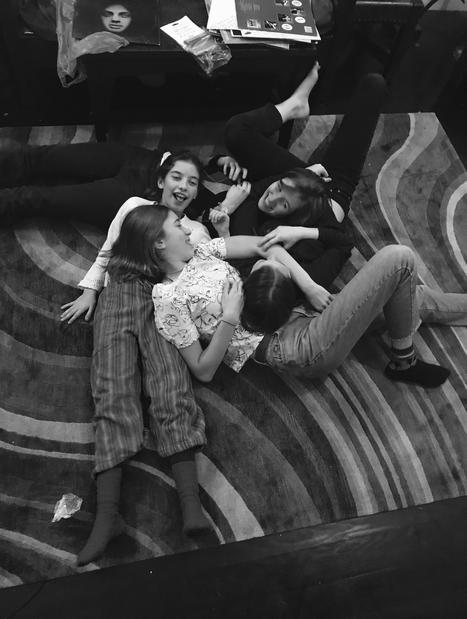 Horses, cars, conveyances, vehicles:
Interiors awkward and crowded,
where girls made out with boys surrounded
by post-sonic boom plastic, because
by that time there was nothing left to smash,
or accomplish. I straddled so many personas
in foreigns and domestics I almost forgot my prior
iterations when I had to wear braces
on my teeth and for my legs orthotics,

and all I had to ride were horses,
since the boys favored swifter products.
On Sunday nights I watched
religiously “The American Horseman”
and for one episode,
a horseman demonstrated how to break a wild
Mustang mare in a mere eight hours. “It’s like
making love to a woman,’’ I overheard
my father say later, and in college
I told my boyfriend and he laughed.
The shame I felt was scarlet,

yet nothing compared to what my mother
experienced, as her teeth and gums
began to rot so shortly
after their marriage. The cost of repair
was far more than the newlyweds
could manage, so my mother
said she’d get her father to pay,
as if this could ease his buyer’s remorse,
and my father would not renege
on his bargain. Then her feet
gave out, bones chipped like so many
mishandled dishes, and finally her mind
failed, and the only way to bring it back
was sedatives. All this he confessed after her death:
how it all began with no other desire
than to get my mother
between the steering wheel and seat
of his new Buick.

Where the sun is prevented by
clouds, the water takes
its own shade, thin and uneasy
like stones under
milleniums of pressure,
at the lake my friends imagined they’d
gallop across, when they held up
the local movie theater.

They wanted cars and catamarans
their resources could not furnish
so they got some masks, a gun,
and cornered their friend the manager
as he was counting receipts,
a few hundred, a cool thousand.
A stick-up it was, with real cowboys,
ace outlaws, a getaway car
that they took to the mountains,

to the dirt-packed roads and the lake
in a canyon, and before their money was dry
they bought a boat and took it
on the waves that could not
have been summoned the traditional way,
through pull and timing
and strict calculation.
On the biggest rises they balanced
off the hull with rigging
but not too much practice,
and when they were busted
the next day they were ready
to have their manhood
made tactile.


At the Children's Table

What good did it serve
to keep a lid on the secrets:
Abortions, affairs, mental illnesses
and confinements, a family afflicted
by degrees and indifference; we kids had
our own to conserve; perhaps you'd
rather have them revealed chronologically.
In 1969 we talked about Custer, last in his class
but the most famous. In 1971 it was
Lenin and Trotsky; ’74, Frida Kahlo and
Mexico City. Not until the eighties,
with our fathers safely abandoned,
could we discuss the symbolism
inherent in our childhood punishments.
Peas in the mashed potatoes no longer seemed
quite so momentous, and the bird
we called “mister” as we escorted him
to the oven took on a shocking
resonance. By the ‘90s
we were all vegetarians.
In the new century, we volunteered
to do the dishes, sets and patterns from
a cornucopia of marital arrangements,
interspersed with the unceremonious
cookware of everyday occasions.
At least as adults we were more careful
in this tradition: stacking the racks
with care and fortitude so
no more would be lost
neither to truth nor temperature,
or the sterilizing rinse
of future generations.

Jane Rosenberg LaForge is the author of four poetry chapbooks and two full-length collections. Her newest is Daphne and Her Discontents from Ravenna Press. Her experimental memoir is An Unsuitable Princess: A True Fantasy/A Fantastical Memoir, from Jaded Ibis Press. Her novel, The Hawkman: A Fairy Tale of the Great War, will be published by Amberjack Publishing in June 2018.