"Tell That to My Wife and Kids," by Maggie Hill

“No, I’m sorry,” she said. “That must have been some dream.”
"I’m telling you, it was so real, and scary as hell, you know what I mean?” he
said.
“Wow,” she said. “That must have been some dream.”
After she left for work, Bob paced the living room. He was a strong man, but he
felt himself leaking. It wasn’t that he was getting old – he was only just 50! – it was that
he would get old. He’d grown up a student of the Cold War, crouching under the school
desk, filing out into the hallway with his coat over his head. All those drills had,
hopefully, prepared him for some kind of fallout.
Bob was late on his mortgage, for the third month in a row. Three months of late
fees added insult to injury. It was a huge nut -- $3900 – but it was such a nice house. He
was providing them all – the wife, the kids –a better life. Not that his kids cared. Plus, his
wife was sick of hearing how nobody in his family had ever lived in such a nice house, or
in such an upscale neighborhood. She was always ready to chuck it all and move. She
didn’t appreciate everything he did.
He stepped toward the empty fireplace in his living room, catching glimpses of
himself as he emerged in the mirror above the mantel. Nobody was home. He looked at
himself, and said things like,
“I’ve done all the right things,” and,
“When do I get a break?” and,
“I’m doing all this for nothing.”
He decided he was done coping. He would just stop. He’d stop showing up for
work, stop worrying about the bills, stop shopping for sales at Costco, stop trying to find
the cheapest place for gas, stop paying the mortgage. The newspapers kept warning about
the painful cuts coming to Wall Street, anyway.
“What would it be like to be done?” he asked himself. “How do you get bailed
out?”
He sat down on the bench in the foyer to think. He thought about dinner. Bob
always made dinner; he engaged dinner, which for him included music, singing, a
Sauterne, and solitude. He concocted sauces, whipped potatoes, steamed broccoli.
Thinking about dinner calmed him, enabled him. Reflexively, he planned the meal for
tonight: a nice risotto with porcini mushrooms, perhaps some fresh string beans --
haricots verts – in a light, creamy summer sauce.
The stopping plan started to take shape. He’d leave each day, bring along a gym
bag with casual clothes inside, pretend to go to work. Between the sick days and the
vacation time, he could stay home almost four weeks before another dime had to be
made. “I’ll go to the beach, and I’ll fish, and I’ll start running again,” he told himself.
By midmorning, he was sitting in his gym shorts and t-shirt, drinking a cup of
coffee on the boardwalk in Rockaway Beach. Helene was there at the same time.

Helene was a late bloomer. She’d just started taking up surfing, kayaking,
paddling since she moved to her two-floor, two-bedroom bungalow on the Rockaway
peninsula. She’d read about the area when she was desperate to get out of the Upper West
Side at the close of one dank winter: The seaside community of Rockaway, New York is a
10-mile hamlet, tucked in between Brooklyn and Long Island. The neighborhood is
narrow in width – just a few short blocks separate the ocean and the bay. Across the bay,
the city winks in a silvery reflection, like a steel Oz. On the ocean side, the continent
ends, leaving Europe to the imagination.
Helene wanted to live at the end of a continent, imagining Europe as if it were her
next-door neighbor. She found a bungalow situated near the A train, on the cusp between
the fluffed hamlet of Belle Harbor, and the hectic, stoic Hammel Projects in Far
Rockaway. Nobody in Belle Harbor would be foolish enough to live there. But Helene
was a transplant from the city, from Germany, from Japan, and the world in general. She
didn’t know she was living around the corner from the ghetto. To her, a couple of
bungalows away from the beach, it was a little piece of heaven.
She was wheeling her surfboard down the beach to her take-off spot in the ocean.
Just behind her, the boardwalk coffee stand churned out the rich, smoky aroma of freshbrewed.
The stand was run by a cute young guy – some kind of artist -- who always
chatted her up. She liked him, even if he was way too young for her. She was skimming
60, but nobody ever guessed her age. She kept her figure, her long hair, didn’t wear
makeup, and acted 20 years younger. Helene was a tribe of her own, rarely finding fellow
members. This morning, she had called in sick to her job at the foundation. She was sick,
all right. Sick of the commute on the A train, the lousy pay to create endless new ways to
ask for money, the spending too much time out of her life to be in her life. Today, she’d
take an easy rip on the ocean, walk on the beach. She tied up her surfboard next to the
lifeguard station, and unzipped four dollars out of her rashguard.

One hot soy latte later, Helene was leading Bob to the ocean’s edge. She’d
borrowed the artist/coffee guy’s surfboard and promised nothing bad would happen to
either the board or Bob. The coffee guy had laughed and said, “Bob looks like he can
handle himself.”
“Tell that to my wife and kids,” Bob said.
Bob had never actually been on a surfboard. As he fluttered it through the slippery
water, he tried to follow Helene’s lead. Helene was no talker. She called out no
instructions or encouragement as she pushed out ahead of him, walking like she was
colonizing the Atlantic Ocean step by step. When she was about hip deep, she slid herself
onto the board and started paddling. Bob followed. He hadn’t quite landed in the center
of the board, so he was more on the left side than the right, and he felt the inelegance of
his body position as he kept tipping left instead of heading straight out. It wasn’t as easy
as it looked to balance his body in the middle of the surfboard, and he didn’t want to
overshoot and miss the board’s center. So he kept trying to inch his way up toward the
center and the middle. The surfboard was not as pliable as he had imagined; it was, after
all, a piece of slicked wood in the water. Impressively, the speed and momentum of his
jerky motions had gotten him out way past the rocks. He was already looking forward to
the part where he rested on the board. That’s what he wanted: to rest, on a shiny, slippery
surfboard, far out in the ocean. He hadn’t really thought about how he would get back in
– maybe he’d catch a wave? It was nearly impossible for him to keep up with Helene,
who was paddling in some kind of rhythmic formation, as if that was the sport itself.
From the boardwalk, the prospect of gliding into the glinting water, sleek and wet,
seemed poetic. But this was hard work, clunky work, and his legs felt spastic and raw
trying to grip onto the board. He was almost a quarter of a mile out to sea here, and he did
not know what he was doing. The gulls flew lower overhead, the sky hovered, the waves
fecklessly amounted to nothing. Bob felt enormously small. He thought he could tap the
spirit of the Bohemian woman. He felt her dismiss him the minute he couldn’t keep up
with her. She was cold and arrogant, after being warm and teasing up by the coffee stand.
She pretty much dared him to take a shot at surfing, why not? And he had thought, why
not? He wanted to paddle out in the breaking waves, bathed in salt water and sunlight. He
thought he’d be safe and protected from the encroaching waves. He was poorly equipped,
though, and hardly prepared, having no sunscreen, rashguard, or actual sense of how to
be light in the water.
Bob stopped. He didn’t try. He navigated the surfboard to point toward shore, and
just lay there, hoping he hadn’t paddled himself into some Twilight Zone of a corner. He
told himself that they could see him from the boardwalk. He’d eventually drift to shore,
being carried along by the sheer pull of the tides and the moon. 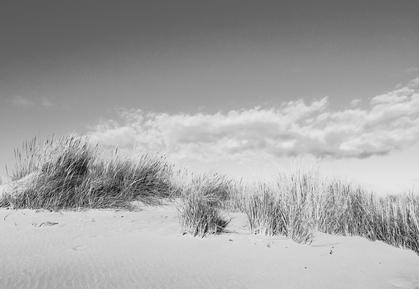 Years ago, he told himself that when he retired, he’d become a hypnotist. He imagined himself helping people with cancer pain, or enchanting someone out of smoking. He thought of himself as an altruist. Naturally, he’d have to live, so there’d be the income from the sale of his CDs and maybe he’d even travel around the country, giving exhibitions in front of packed convention centers.
The night before Bob had woken up screaming, “Who the fuck do you think you are!” from a dream about a doctor who was trying to tell him some kind of grave news. He felt threatened, needing to fight back, but dream paralysis left him unable to move. He had wrenched himself awake, fists clenched. “Goddam right, I woke myself up,” he told his wife earlier that morning. “Didn’t you hear me?” he asked her.