In white sheets of light
she promised herself

she would curb her appetites
when later lilies closed.

As orange falls through clouds
of grape and lavender

her limbs are hummingbirds
holding an electronic brevity

and she breaks
into a crystalline flush.

her diet will last longer
than her chastity.

could we live there unbothered
by the separation

of a mattress and box spring?

Could we recycle air each night
in an intimate system

of transparent words
and secret breathing

and if something can be unborn?

If it meant being something worse
than unpopular or forgotten

could you find honesty within crests
on this simple infertile delta?

as we watch movies in ritual cellophane
crying at even the funniest parts.

The few who remain can live openly.

Those you’ve fallen away from,
the others without bodies
have disappeared because they are unremembered.

After sunset, you may think of me.
You may possibly hold all that I was
like trinkets of blue smoke

listening with lament
because only a few handfuls of rain
can be squeezed from passing clouds.

You shout disappointment at the capricious unending,
weeping fog, vanishing the albino sky.

With a sidelong glance and a stray memory
enemies begin to reappear;

wraiths are the voice with which you sing

and I stand next to you, crossing November gales,
consorting with light itself.

The others are intimidated
by your tragic attitude—

the wires of your binding,
the ligature marks
of inward glories.

Across your body
I see jagged question marks—

records of your beating heart

the tiniest moments
of life and death.

and now you’ll specialize
in an apostasy
of plain white chairs and pain.

but I do know

on the way to a heaven

I can never attend. 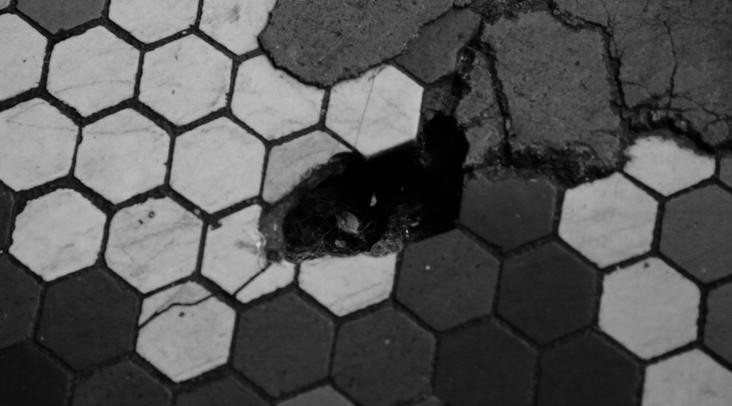 Richard King Perkins II is a state-sponsored advocate for residents in long-term care facilities. He lives in Crystal Lake, IL, USA with his wife, Vickie and daughter, Sage. He is a three-time Pushcart, Best of the Net and Best of the Web nominee whose work has appeared in more than a thousand publications.