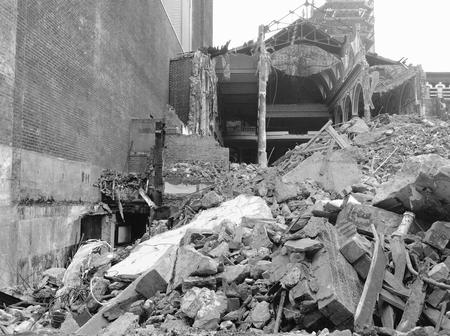 The light falls platinum against the Civic Center wall. We are in Topeka, Kansas, the navel of America. There is a landlocked loneliness around, and, too, a loveliness of rolling hills not far off. I remember the face of a woman waiting yesterday for a bus on Dodge St. The evening light falls on her face like the moon as she sets a shopping bag against a poll. The bus will be a while. She has time to think of her daughter and the two kids. It's not been easy but it's been good. From the hotel window we see a Jeep follows the road's curve into the low hills and then is lost from sight. My mother would be rocking now on the front porch looking out into the bowl of night to ask what star could be a widow's star.

Shopping for Nothing at Lowe's

your voice comes to me on KVNO in Omaha
that station plays mostly classical music but
at nine in the morning after BBC propaganda
you tell us who was born on today’s date
and read a poem   by then summer sunlight
has burnt away the fog that hugs the river on
humid mornings and I see clearly my work
and why I must fix a false line in the painting
of my mother dead so many years and if you
really cared you’d come here to see this because
I always hear you say at the end “be well, do
good work and keep in touch” but how phony
is that — when you never answer my letters

that nursery rhyme   oranges and lemons
say the bells of St. Clemens we are like
shellfish carrying our calcium caravans

2
dead metaphors are about
as helpful as a dead father

I sit in Mr. Toad’s far from the noise of
the street and drink a beer to see above
the bar is a painting of an odalisque

now, the flame of a declining sun burns
its way into evening  the centering gravity
of Omaha says I am homeward bound

listen, what is that knock upon the door
tell him to go away not yet just a little
more someone calls us here and someone

what is written, is spelled in lemon ink
and what is loved is loved through
a glass darkly and so they settled here