I didn’t think about whether Cousin Dora was “a little mixed up.”  I listened to those 78’s all the time and delighted in telling my friends I had a cousin who made records.  Even today, when I close my eyes and remember “Little Things Mean a Lot” or “In the Chapel in the Moonlight,” I’m not sure if I’m hearing Kitty Kallen or my cousin Dora.

In 1960, when I was working in LA, Dora was in the “Golden Horseshoe Revue” at Disneyland, so I decided to catch the show.  After riding the Matterhorn, the Thunder Mountain Railroad and the Mark Twain Riverboat, and gawking at the Disney characters, my date and I were at a table for the early show at the Golden Horseshoe Saloon. As soon as the show started, there was my cousin in the spotlight wearing bright red lipstick, lots of mascara, high heels, net stockings and a frilly, low-cut dress. Hardly the little Jewish girl from Brooklyn, she cast seductive glances at men in the audience as she sang a song called “Riverboat Blues.”  She was loving it.

We went backstage to say hello. Dora was still in her saloon girl costume as I asked if she remembered me, her kid cousin from Brooklyn. A momentarily startled look was quickly replaced by the same broad smile she wore onstage. She glanced at my date and looked back at me for a long minute. Then, still smiling, she pinched my cheek, said “welcome to the Golden Horseshoe, bubbele,” and was gone into the chorus girls’ dressing room. I didn’t care: wasn’t that how recording stars were supposed to behave?

The 60s weren’t kind to Dora. After Elvis and Dylan, the Beatles and the Rolling Stones, no one was interested in someone who could mimic the girl singers of the 50s; Patti and Joni and Kitty were having enough trouble keeping their own careers afloat. Instead, Dora got married, moved into a ranch house in West LA and had two kids. Then, after the inevitable divorce, she went to a week-long est workshop, and emerged to hang up a shingle as a psychotherapist. The mixed-up counselling the even more mixed-up?  Who knows?  In my mind, Dora would always be the glamorous star of the Golden Horseshoe Revue.

In her mind too, apparently, for some time around 2002, by then in her mid-70s, Dora showed up in New York to play a one-week gig at Manny’s, a dingy joint in the basement of a restaurant on West 47th Street with about a dozen tables. Manny served only bottom-shelf booze and paid his performers nothing except a small percent of the tabs run up by any patrons they could bring in, or who happened to wander in off the street.
The poster at the entrance to Manny’s, with a photo of Dora that had to be at least 20 years old, announced the title of her show: “I’ll Never Say Goodbye.”  The four of us took a table right up front near the small stage. In fact, we had our pick, because the place was totally empty. We ordered drinks and waited.
A half-hour later, when the lights (such as they were) went down, only one other table was occupied.  A white-haired little man with a moustache sat at the piano and announced: “Ladies and Gentlemen, please welcome the internationally-renowned star of film, TV and cabaret, Miss Dora Davis!”  And there was Dora, again in the spotlight, in a slinky green velvet evening gown, her hair stylishly pinned back, but otherwise looking not much different from the Golden Horseshoe girl I remembered.

Dora’s opening number set the theme for her set -- Peter Allen’s “Everything Old Is New Again:”

When trumpets were mellow
And every gal only had one fellow
No need to remember when
'Cause everything old is new again.

Dancin' at your Long Island jazz age parties
Waiter bring us some more Baccardis
We'll order now, what they ordered then
'Cause everything old is new again . . . .

That was followed by “Too Long at the Fair,” “The Night We Called it a Day,” “Imagination,” and on and on until the finale, “I’ll Never Say Goodbye.” Her audience of six applauded after every song, but I doubt Dora heard it. She was totally wrapped up in the role she was playing.  For all she knew or cared, this could have been the Starlight Roof at the Waldorf.
After the show, we ordered another round of drinks and waited for Dora (the other table promptly paid their bill and left). While we were waiting, I chatted with the pianist. How had Dora found him?
“Oh, I usually accompany Julie Wilson or Andrea Marcovicci at the Algonquin or the Oak Room,” he explained, “but when they’re on a break, I pick up $150 a night playing in places like this.”
“Manny pays you that much to play here?”
“No, not Manny. The singer has to pay me.”
We decided we’d buy Dora whatever she wanted – and when she joined us, still in her well-worn velvet evening gown, she eagerly wolfed down a roast beef sandwich with chips and two gin-and-tonics. It was clear she hadn’t eaten all day.
Dora gave us two CDs she had produced herself on a private label, containing the songs she’d performed that night, and more in the same vein. One of the covers was the poster we’d seen outside Manny’s. The effusive liner notes compared Dora’s looks to Marlene Dietrich’s and her voice to Sinatra’s.
Dora said she had to check out of her hotel (it was a flea-bag down the block from Manny’s) by 11 the next morning to catch her flight home, so this was our only chance to catch up. Between bites of the roast beef sandwich, she filled us in on the past forty years. Her ex-husband had long since remarried and she hadn’t spoken to him in years; she didn’t see much of her two sons either.  Her therapy practice had been fun while it lasted, but she’d retired from all that more than ten years ago.
What animated Dora was her new career as a cabaret singer. She thought the week in New York had gone “pretty well” – not as well as when she’d done the same program a few times in a place in West Hollywood, but still.  She knew a guy in London who owned a club in Soho, and would give her a gig if she could save up enough for the airfare and a hotel.
“But Dora,” I ventured to ask, “realistically, will you be able to afford a trip to London?”
“Oh, I will,” she answered. “I’ve gone back to channeling Doris Day and Kitty Kallen. There are little dinner theaters and old-age homes in the Valley and Orange County that have 50s nights, and, believe it or not, bubbele, they pay me to sing those songs.  I figure that, by next fall, I’ll have earned enough to get to London!”  It sounded like she really believed it would happen.
As we said our goodbyes, I asked: “Dora, after London, do you think you’ll keep singing?”
“Absolutely,” she said, pointing to the CD in my hand, “I’ll Never Say Goodbye.”
*    *    *
Cousin Dora never did say goodbye to me. In fact, I never heard from her again.  A few years later, I found out she had died.
In January 2016, Kitty Kallen died at the age of 94. She hadn’t performed since the mid-1960s. But her son told the New York Times that, for years following her retirement, several women in different parts of the country were passing themselves off as Kitty Kallen, performing her songs in retirement homes and other places. In fact, he said, he’d received a call about ten years earlier telling him a hospital in a Los Angeles suburb had just announced that Kitty Kallen had died there.
I don’t know if that was Cousin Dora. But it could have been. 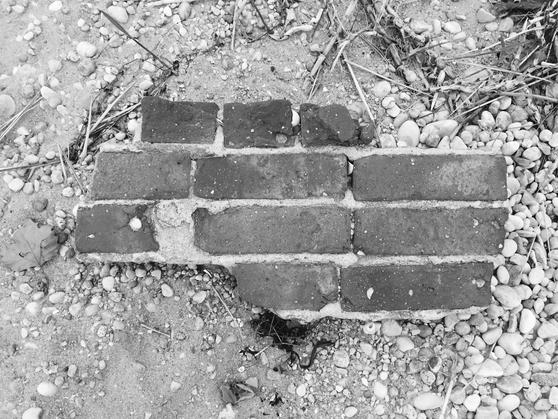 My mother’s youngest cousin, Diana Dubinsky, moved from Brooklyn to California with her parents when she was fourteen.   Sometime in the early 1950s, she changed her name to Dora Davis and became a recording artist.

​          Dora made a bunch of 78 rpm records mimicking the hit songs of girl singers like Doris Day, Kitty Kallen and Patti Page. Those records sold well, because for 99 cents, you could get Dora singing Giselle McKenzie’s “Hard to Get” on one side and Doris Day’s “If I Give My Heart to You” on the other – there was no B side that you never listened to. She was once on a TV show called “Rising Stars,” where the host introducing her said that Dora must have been “a little mixed up,” because “you can’t be Teresa Brewer one day, Joni James the next and Patti Page the day after that.”

"Cousin Dora," by Steven B. Rosenfeld

Steven B. Rosenfeld is a retired New York City lawyer who began writing short fiction in 2015. His stories have been published in The City Key,  Inigo Online, Jewish Fiction.net, and Good Works Review. He was born in Brooklyn, but now lives in the West Village with his wife, Joan, and their two cats, Orville and Wilbur.