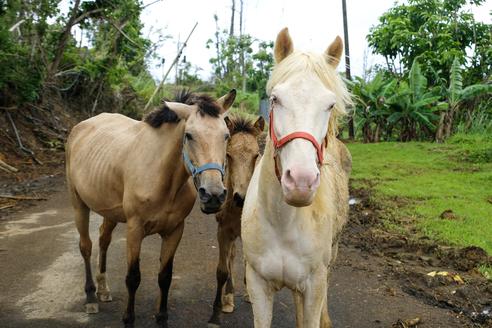 Where Will They Bury the Queen?

Oh, how the Pharaoh was undone
by my pomegranate jam, said Queen Nefertiti,
when interviewed by Egypt Daily News.
Some of what she said was off the record,
but she offered it is common knowledge
that spreading honey-laden delicacies
greatly enhances the taste of fresh bread.
Our Queen has designed the royal burial vaults
for future subjects to wend their way
through tomb tunnels, bringing fresh
bread and jam to her beloved
Pharaoh Akhenaten, who will require
nourishment delivered. Many ages hence,
she fears dried crystals will sit
upon his leathered tongue. Our Queen
has proclaimed hieroglyphic instructions
posted on the palace website
to alternate pomegranate and fig jam,
for monotony is affordable, but unsweet.
Sad to say, before he died, Pharaoh declined
to announce a burial site for his Queen.

You could row a skiff
to Mt. Rainier in this rain.
Beach dahlias blossom nearby
making marsh. A neighbor’s sunflowers
stand sentinel on the parking strip.
Words swim round in a circle
while one more crow
dives in the center of longing.
There is a chimney of lost words
across the street. A crow flies
from the nibble on the sidewalk
and veers left to the vertical rise
of the yellow house
where I sit inside looking out
from my own diorama.

Mary Ellen Talley’s poems have recently been published in Raven Chronicles, U City Review and Ekphrastic Review as well as in anthologies, All We Can Hold and Ice Cream Poems. Her poetry has received two Pushcart Nominations.
​