I don’t know about anyone else, but I would have given up damn near every demand
for a James Brown concert, a little "Get On Up."

I felt stupid, with men talking freedom, amnesty, sacking the warden.
But how many of us had danced to "Papa’s Got a Brand New Bag?"

Everyone agreed
to that.

Even hunched by a hostage on the catwalk, I sang
"It’s a Man’s Man’s Man’s World,"
and he refrained
"No it wouldn’t be nuthin’ without a woman or a girl!"

I had my orders.

I had my knife.

I wanna kiss myself.

When three dudes flew a white rag above their tent,
we arrested them. They said they were drying drawers.
Uh huh. “Big Black” Smith saw through that lie and sentenced them

to dig trenches we soon would piss in, evacuate our bowels.
Excretion excavation, we called it. Exertion. You probably didn’t think
we used big words in here.

Soon, the cops taught me the word exsanguination.
My injured brothers learned extravasation when the nurses couldn’t find it

in themselves to stick an IV right. By the way,

we let those traitors go after two days digging in the sun.
What’s that called? Exoneration. All those “E-X” words we learned in jail.

I, for instance, am an ex-person.

We learned mercy among ourselves.

I’m that boy, and I own everything
I recall:
the snowy black-and-white Motorola,
the ladder my father climbed, swearing, to tweak the antenna
as Walter Cronkite decided, “That’s the way it is.”
I own my mother’s silence,
and the one-dimensional
map of New York State, Attica pierced with a black arrow
on the CBS Evening News.
We ate TV dinners.
My mother prayed for something, I don’t know what.
I own that, too, and the black-bordered baseball cards
I slapped down end-to-end that night on the cold terrazzo.

The Official State Report claims I died,
maybe on a catwalk, maybe in The Yard.
Maybe I rushed a trooper with a club.

Okay, so there I was
stooped in the smoke by an overturned chair,
stick in hand to jump those cops
when they passed. And
I did. I clocked one in the noggin.
Six shotguns swung my way.

My hero’s medal read Exsanguination,
another word for “peppered with pellets.”

They pinned it on my skull, my ass, my “flank,” they said,
another word for meat after the slaughter.

Where was the author on August 3rd, 2004? Out fighting for his country
the day my fight was ended. The day I died, did he know
anything? I received a penny from New York State for every dollop of spit guards
dribbled on my chest, my neck, my lips. The State, which lied and said
I castrated a hostage with a plastic knife, what did they pay?
For each hot brass casing which scarred my thighs, they shucked a nickel down.
Under threat of death I lay naked on a metal table for passing cops to piss on,
a quarter plunked for every drop. They’d gladly pay again. They’d gladly pay
four million trillion billion bucks to do it again.
They’d break a big man twice my size if they could find him. What
does the author know? Well, I’ll tell you what
he knows. He knows this poem will cost him
nothing more than it would a dogwood to shed a single pink petal. No more than that.


Paul David Adkins lives in Northern New York and works as a counselor. 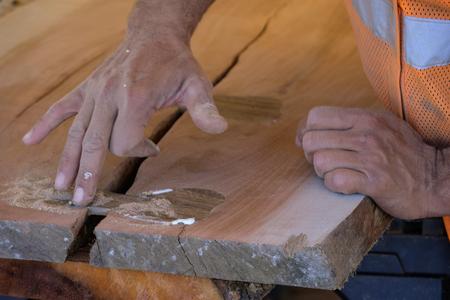